The history of Tewin Memorial Hall 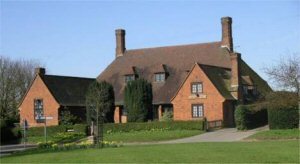 This imposing brick built Village Hall was built in the 1920’s and stands at the corner of the village green in Tewin. It was built on land given by Lord Desborough and funded by Sir Otto Beit as a memorial to those who died in the First World War.

Extract from ‘The History of Tewin’ by the People of Tewin:

Tewin Memorial Hall was built after the First World War.  The following inscription is on the dedication plaque in the entrance passage of the Hall:

This Building is erected by Sir Otto Beit KCMG on a site presented by The Rt. Hon. Lord Desborough KCVO to commemorate the services rendered by men and women of this parish of Tewin and in grateful memory of those who gave their lives for King and Country in the Great War 1914-1919. Opened on 23 January 1922. 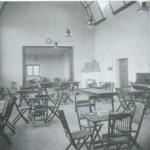 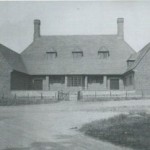 Pictures of Tewin Memorial Hall when it was first built in 1922.

Designed by Sir Herbert Baker, a famous architect of the time, known to Sir Otto Beit for his public buildings in South Africa and India, it provided Tewin with a place where all ages could meet, play table games, darts, cards or just chat to friends and neighbours.  Before the Second World War some 90% of villagers belonged to the Hall and paid an annual membership fee of five shillings (25p). Most nights 30 or so people would meet, with 80+ at weekends. There were dances every month with crowds of up to 170 dancing to live bands. The Hall had a resident Club Steward who lived rent and maintenance free at the Hall and who ran the Bar in the Men’s Room.

With the onset of the Second World War, the Hall was used first for the distribution of gas masks in September 1938, and later for the provision of a hot midday meal for children at the school to enable mothers to work in munitions factories and other war work. There were dances for servicemen stationed nearby and for Land Army girls working on the local farms. It was a centre for the collection of material for the “war effort” and a place for the Tewin Women’s Institute to collect and sort clothing for Service personnel and evacuees.

After the war, the Hall was used far less with more entertainment available in local cinemas and TV and radio. In the 1960s the Hall was modernised, including the provision of a permanent stage; these new facilities were opened in 1972. In the late 1990s it became clear that further redecoration and refurbishment was necessary, partly to comply with recent legislation. With much volunteer effort working on the Hall, and fund raising, including obtaining many grants, improvements have been made, resulting in many of the changes we can see today.

Tewin Memorial Hall is ideal venue for wedding receptions, parties and dances with an imposing large hall and two smaller rooms. It offers the space for you to find just the right combination for your event.